Legacy of the Supreme Court

BE AFRAID, BE VERY AFRAID

We often hear about a president’s legacy.   In reality, a president’s legacy may only last to the end of his or her term.   The next president, along with a supporting legislature has the ability to overturn and undo much of his predecessor’s accomplishments.   The only real and lasting legacy a president can leave (or in some cases inflict) is his or her choice of an appointment to the Supreme Court.

The basic purpose of the Supreme Court as designed by the founding fathers was to guard our basic human rights and to act as an arbiter against rash legislation.

However, the idea of impartial judges interpreting the law flies in the face of real politics.   At present, and not for the first time, our Court is divided by strict political party agendas.   Thanks to the appointments of George W. our court is leaning decisively conservative, and conservative courts tend to champion conservative legislation. 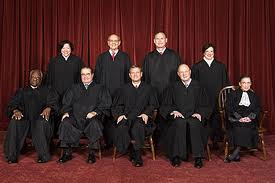 Franklin D. Roosevelt constantly fought a conservative court in the 1930’s.   That Court , under Chief Justice Charles Hughes, moved to invalidate much of Roosevelt’s National Recovery Act.   Their opposition included the right to form unions, the right of collective bargaining, minimum wage, child labor laws and social security.   One of the early court’s claims was that the National Recovery Act was an attempt to redistribute the wealth from one class to another. Does that sound familiar?

Soon our conservative leaning Court is scheduled to hear arguments against Obama’s Comprehensive Health Care Reform.   Conservative Republicans are claiming the Individual Mandate, requiring the purchase health insurance or payment of a fine, is unconstitutional.   Now one of the most important legislations in history will stand or fall by a decision from this divided assembly.

The question before the Court is whether Congress exceeded its authority, or whether the Mandate is legal, through the right of Congress to control interstate commerce.   The Obama administration justifies its Mandate on the findings in Wickard v. Filburn (1942.)   In this case the court upheld a penalty on a farmer that was paid, by the government, to limit his wheat crop production, but grew extra wheat for his on personal use.   The court found that if all farmers receiving subsidy grew extra crops for their own use it would affect the economy of interstate commerce.

If the Court overturns the Health Care Mandate it will bring into question literally hundreds of New Deal cases based on the authority to regulate commerce.   It would seem the common sense finding would be to uphold the Mandate; however, in a court with strong ideological leanings the Justices may very well vote their personal political prejudices.

This brings me to the conclusion of this post: The next elected president will most likely appoint one or perhaps two new Supreme Court Judges.   If a Republican is elected President it is likely that our Supreme Court will be skewed to the far right as represented by the current Republican Party.   We stand to see our country move backwards sixty years, to a time of corporate power and limited personal freedom. Ultimately we will see the undoing of Roe v. Wade and Gay rights; a supression of freedom of speech, a move to control the internet, a laxing of integration reforms, a crackdown on immigration; and a move toward a religious theocracy. 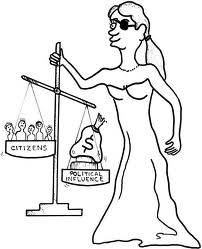 So be afraid, be very afraid: and get out and vote.