I LIKE NOT THAT NEWS - BRING ME GOOD NEWS

THE NEWS IS: THERE IS NO GOOD NEWS

I LIKE IT NOT, BRING ME SOME OTHER NEWS

Yesterday it was near ninety.  Last night the temperatures dropped into the fifties and today will be in the high sixties.  I got up at five-thirty this morning and fed the cats, then walked out on the front steps.   The air was crisp and felt invigorating.  The sun was beginning to lighten the eastern sky over the spruce trees.  There are signs of the approach of Fall.   We love the Fall.  That is good news.

Labels: Good vibes in a time of bad news, Living in the moment, Making the best of hard times, When the world in in chaos take time to smell the flowers

As a Vietnam vet I have seen this before.   It ain't pretty; but necessary.   It takes more nerve to fold on a bad hand than see it through and pass it along to someone else, and Biden should be supported.

History tells us that regardless how we got in to Afghanistan, the getting-out was destine to be a horror show.

Eugene Robinson of the Washington post (my favorite commentator) tells it best:

And it ain't over tell it's over.

THE WAR WE SHOULD HAVE NEVER HAVE ENTERED In 1837 Persia (Iran) with the support of Russia attacked the city of Herat in Afghanistan.   England’s parliament, fearing that Russia would try to annex Afghanistan with the eventual aim of expanding into India (The Jewel of the Crown) aligned itself with the newly recognized leader of Afghanistan.  Later they deposed him and installed their own puppet governor.

By 1841 the English parliament, concerned about the increase cost of the Kabul garrison, instituted cost cutting measures which included ending the traditional bribes to local tribal chiefs.   In November of 1941 the Afghans in Kabul rioted and seized the officers compound killing the occupants.   By January the decision was made to abandon Kabul and take refuge in Jalalabad garrison.    4,500 British/Indian soldiers and 12,000 civilians fled Kabul with an Afghan force in pursuit.  All were slaughtered within a few days.

When you’re wounded and left,

On the Afghanistan’s plains,

And the women come out,

To cut up your remains,

Just roll on your rifle,

And blow out your brains,

And go to your Gaud,

The following spring British forces reinforced the garrisons at Kandahar and Jalalabad and retook Kabul.   English Parliament, concerned about the exorbitant cost of maintaining a military presence in Afghanistan, withdrew all their forces to India.

When something doesn’t work the first time; you do the exact same thing again and expect a different result.

By 1878 the British, concerned about Russian expansion, invaded Afghanistan. They easily took Jalalabad, Kandahar and Kabul.  The Afghan Amir agreed to a treaty with the British ceding the Khybe Pass to Britain and allowing British control over foreign policy in exchange for bribes and military protection.  The British established themselves in Kandahar along with an Afghan army commanded by an Afghan general.

In September 1879 Afghan troops in Kabul again mutinied and slaughtered the British residents.  When word reached India, a combined British/Indian force of 6,500, under British General Roberts, was dispatched to Kabul to reestablished British rule.

By 1880, a large Afghan force was forming.  Kabul prepared for a siege.

In June, Word came that that an advanced Afghan force was moving toward Kandahar.  A combined British/Afghan unit under General Burrows, consisting of a British brigade and a 6,000 Afghan army troops, was dispatched to engage them.   It soon became evident to the British officers that the Afghan Army troops could not be trusted and a plan was devised to disarm them.   But before the action could be taken the Afghan troops mutinied taking most of the horses, resulting in the British troops having to abandon much of their ammunition.

On July 28 Burrows was notified that the Afghan force of about 12,000 had taken Maiwand.   General Burrows, with superior weaponry and 2,500 battle hardened troops decided to attack.  The battle was a disastrous loss.  1,757 dead, 175 wounded. The massacre would have been complete had not the Afghan army diverted to loot the field.  The remnants of the British forces retreated to Kandahar.

When British General Roberts in Kabul received word of the defeat, he assembled his troops and marched to relieve the garrison at Kandahar.  On September 1st Roberts attacked the Afghan forces achieving total annihilation.

The British Parliament decided to exit Afghanistan on that high note.

In one hundred and forty years little has changed in Afghanistan, other than the advancement in weaponry.

Russia also had their disastrous turn in attempting to rule Afghanistan.

AFTER  A TWENTY YEARS WAR THE U.S. EXITS AFGHANISTAN

The U.S. entered Afghanistan with a mission to kill Bin Laden.  Then we, the infidels, decided to stay and form a stable democracy in a corrupt and backwards Moslem country fractured by various warlords.  Who can think this shit up?

Twenty years later we pull out, and within weeks the well-trained and well-armed, superior Afghan army lay down their guns; the government officials readily make deals with the Taliban; and the country reverts to its original state.

We should have never tried nation building in a middle-eastern, religious theocracy that has remained in a mid-evil mind set for two thousand years.

I am not a historian so the account is probably not accurate to the detail.   But it gives a general overview to the best of my ability.

Being a veteran of Vietnam I understand the feelings of military men who fought in Afghanistan.   When you retreat from a war, all the deaths and injuries seem for naught.

Republicans trying to make points against Biden will make comparisons to Korea, Japan and Germany which have American forces permanently based.  But, these governments are stable allies, and American soldiers aren't dying on their battlefields. 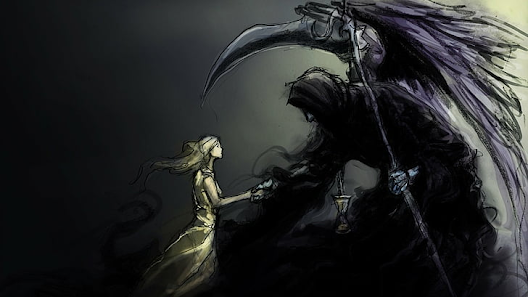 Governor Death of Florida is playing to the idiot base of the Republican Party, hoping to take over the Trump mantel.   There is no excuse for his irrational handling of the Covid cases in the state; decrying masking and signing executive orders to prevent school systems in high Covid areas from mandating masking among students and teachers.

Governor Death knows better.  He is a graduate of Yale and Harvard.

Florida is a redneck state and Governor Death knows his audience.  He is willing to endanger people’s lives and ignore his own culpability in the future sickness and deaths of adults and school children, in order to build a following from Trump hard liners who are willing to grasp any conspiracy theory they think will please their cult leader.

THE FALLACY OF DARWINISM 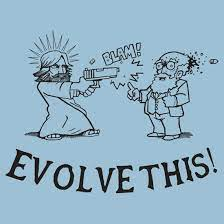 Christianity has historically opposed science and never more so than the works of Charles Darwin.

Darwin’s master work On the Origin of Species is unrefutable.  The fossil record supported by DNA is obvious to all but the most ignorantly entrenched.

However, Darwin’s The Decent of Man and Selection in Relation to Sex is proving to no longer apply to the evolution of species.

Natural selection infers the survival of the fittest, and one could argue that includes the most adaptable to change.

Mankind has superseded evolution.   Nature once controlled animal populations, and that includes mankind.   When populations became too large, they were controlled by predation, starvation, and in extreme cases pandemics.   Disease would rip through populations and cull the old, the sick and the stupid, improving the gene pool of the population.

Now mankind has taken control of thinning the herd.   We have medicines to counter blood pressure, cholesterol, diabetes and diseases; and surgeries to correct failing body functions, thereby extend age and life.  These same medical procedures can cure or sustain the sickly, the deformed and the retarded.  Mankind now has the ability to feed the world with genetically produced food, but hasn’t found the profit motive to do so.   As far as the stupid, society protects and supports them, often against their own will.   At present we have people refusing lifesaving vaccinations to protect against a deadly pandemic, and the government will probably have to require a vaccination mandate to finally protect the stupid.

And it is not only the human race that mankind has taken control of.   As an alpha species we have brought most other animal species to the brink of extinction, and have taken management of those animals we wish to preserve.   Throughout the United States we have hunting seasons to control animal population.  We feed deer and other species during extreme weather conditions.   In Alaska they kill the wolves to protect the moose so people can kill the moose.

The only question is: Will Nature eventually win out?