I am sick of it.   I am absolutely disgusted with the constant harangue and negativity.   I really don’t give a fuck.

If health care works out – fine.   If the moronic public decides to support the faction to kill it…I don’t care: I don’t have a dog in the fight.

If the Republicans take over the Senate and Ted Cruz becomes president…Fine, I won’t like it but I will live with that too.

Global warming…fine: If we have massive storms and they affect me; I will deal with it when the time comes.

Realistically I have five to ten more years to live – if I am lucky.   After that the world can go to hell in a handbag and it won’t matter to me.   I will be dead.

In the meantime I will accept the things I can’t change and milk each day to live the best I can with the conditions as they exist.

Cut off the god damn noise machines and wake up. 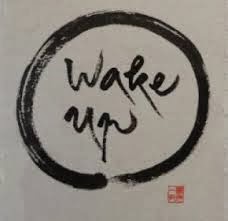 At least that how I feel now….But tomorrow is another day.

Have a happy Thanksgiving.
Posted by Ol'Buzzard at 11:36 AM 7 comments: 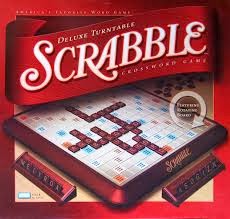 My wife and I play SCRABBLE almost every day with lunch.  I am not a great speller, so she usually wins.   As I lay out my words I am constantly reminded how fucked up our written language is.   I feel that language in most cases is to communicate and as long as the central idea is transmitted all the petty mechanics are like thorns on a rosebush: unnecessary.

For instance, I would drop the requirement for a U following a Q: Qeen – Qack – Qake – Qeer all seem to work fine.

And the letter C bugs me.  Why the hell do we need a C in our alphabet?  You could easily replace it with a K on 90% of the words and it would sound the same - and K is a prettier letter.   On the few words where C doesn't sound right an S would work fine.

Once you start playing SCRABBLE regularly you can see the possibility of cutting down our alphabet from 25 to perhaps 16 or 18 letters.

When I taught creative writing to my students in I never corrected their spelling.  I wanted them to write – to get their ideas down on paper – to enjoy telling a story – to write write write, and not be inhibited by the fear of being criticized for their misspellings.   The final edit is what spell checkers are for.


The Republicans war on women

From the very beginning the Christian religion has viewed women as lesser beings than men.

Eve was responsible for introducing sin into the world.   Women are temptresses that ensnare men with their sex.   Women’s bodies are evil and produce unclean thoughts.  Men’s tits and nipples are fine, but women’s tits should be covered, and a woman’s nipples – are an offence to God…hide the children’s eyes….they will go blind!

Except for the Catholic Church:  Where every sperm is sacred.

Women don't have to put up with this: they are over fifty percent of the population - but religion keeps their minds enslaved.

MC DONALD'S COFFEE - DO YOU CARE TO DONATE?. 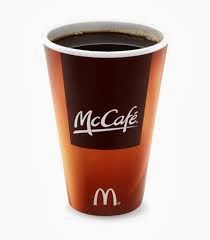 This afternoon I drove into McDonald’s drive-through to buy a coffee - I don’t drink coffee; but my wife likes one occasionally and she says McDonald’s has the best.   The young man at the window asked me if I would like to donate a dollar to McDonald’s charities.   This got me thinking:


“The enemy (crisis) of the moment always represented absolute evil.”
1984 by George Orwell 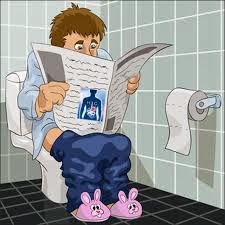 The new crisis of the day is the health care roll-out.   Everyone’s bowels are in an uproar: both Democrats and Republicans.  But, just like the government shutdown, a few weeks (or months) from now the roll-out debacle will be old news and not worth a comment even by late night comedians. 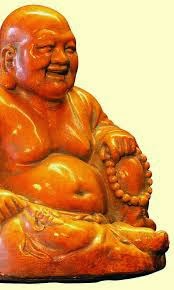 A little Buddhist perspective: change the things that are in your power to change - accept the things you can not change – and move on.   We would be much happier if we turned off the news and were politically ignorant.  Of course, in this day of technology that is almost impossible.

I just picked up a new book A Freudian Slip Is When You Say One Thing But Mean Your Mother, by Gary Blake. 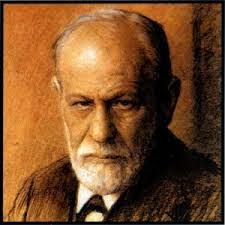 If you enjoy PUNS – often noted as the lowest form of humor – I suggest you can o-pun this book to any page and find a phrase you wish you had coined first.    Of course if you are Rand Paul it won’t matter: you will use it anyway and claim it as yours. 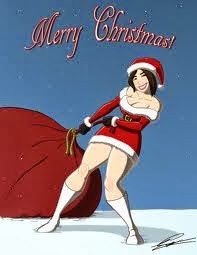 You are always asking me what I want for my Christmas present; well here are some hints. 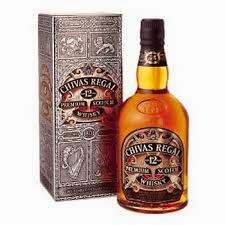 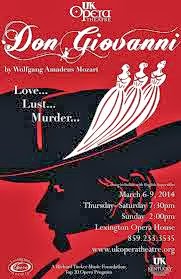 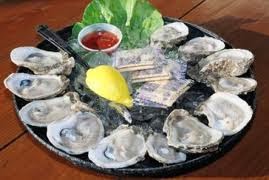 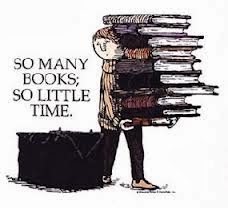 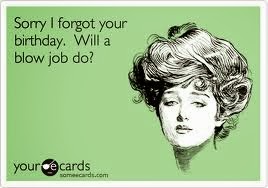 Not necessarily in the above order!

Disclaimer: We don't celebrate Christmas but we do celebrate the Winter Solstice.
Posted by Ol'Buzzard at 5:38 PM No comments:

BACK TO THE GYM

We have been delinquent for the last week, but tomorrow we go back to the gym where we will walk a mile and pump some weights - we will grab a bite to eat before going bowling.  Actually, we are not naturally energetic  and we have to work at it.   It doesn't take much of an excuse to sloth out.   But at my age I must keep Keep On Trucking or the 'old man' will overtake me. 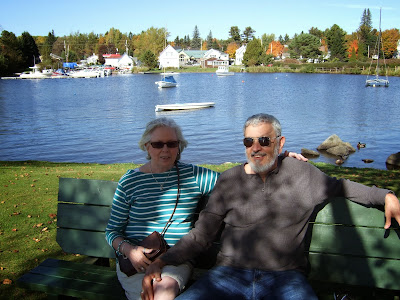 I have a young wife and I have to keep up with her.

DEATH AND THE HOKEY POKEY


Warning! The following blog post may not be conducive to a carefree happy morning.

We all try to express our feelings; and I for one always fall short.   As I approach mid-seventies I am reminded of my aunts’ comments about their grandfather (my great-grandfather) at Thanksgiving: Each year he would preface the meal with the statement “We may not all be here next year.”  It was a family joke – to everyone except him.

It is very easy when you are young to dismiss the understated concerns of the old.   After all, who wants to dwell on dying?   The young note it and move on – it is not real; but for an older person that specter is just around the next corner - waiting to reach out and grab you when you pass by.  It is real. 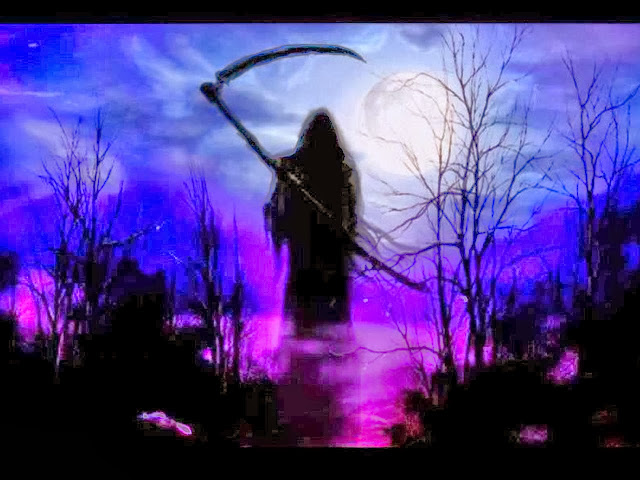 I refuse to dwell on it…until four-o-clock in the morning.

I can not write the words of those early morning thoughts; but that is all right for they have already been written.

If you have not read the poetry of Philip Larkin – you should.   I view him as the present day equivalent of Robert Frost.  And for that four-o-clock hour he states it on the mark – for me.

I work all day, and get half-drunk at night.
Waking at four to soundless dark, I stare.
In time the curtain-edges will grow light.
Till then I see what’s really always there:
Unresting death, a whole day nearer now,
Making all thought impossible but how
And where and when I shall myself die.
Arid interrogation: yet the dread
Of dying, and being dead,
Flashes afresh to hold and horrify.

The mind blanks at the glare. Not in remorse
—The good not done, the love not given, time
Torn off unused—nor wretchedly because
An only life can take so long to climb
Clear of its wrong beginnings, and may never;
But at the total emptiness for ever,
The sure extinction that we travel to
And shall be lost in always. Not to be here,
Not to be anywhere,
And soon; nothing more terrible, nothing more true.

This is a special way of being afraid
No trick dispels. Religion used to try,
That vast moth-eaten musical brocade
Created to pretend we never die,
And specious stuff that says No rational being
Can fear a thing it will not feel, not seeing
That this is what we fear—no sight, no sound,
No touch or taste or smell, nothing to think with,
Nothing to love or link with,
The anaesthetic from which none come round.

And so it stays just on the edge of vision,
A small unfocused blur, a standing chill
That slows each impulse down to indecision.
Most things may never happen: this one will,
And realisation of it rages out
In furnace-fear when we are caught without
People or drink. Courage is no good:
It means not scaring others. Being brave
Lets no one off the grave.
Death is no different whined at than withstood.

Slowly light strengthens, and the room takes shape.
It stands plain as a wardrobe, what we know,
Have always known, know that we can’t escape,
Yet can’t accept. One side will have to go.
Meanwhile telephones crouch, getting ready to ring
In locked-up offices, and all the uncaring
Intricate rented world begins to rouse.
The sky is white as clay, with no sun.
Work has to be done.
Postmen like doctors go from house to house. 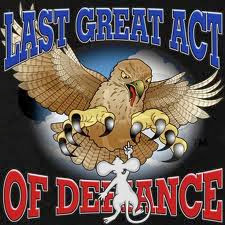 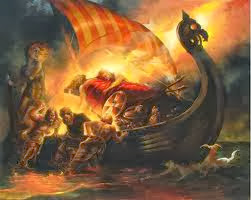 I am now reading J.R.R. Tolkien The Legend of Sigurd and Gudrun.  It is an Icelandic epic saga – poetry - known as the Elda Etta.   It is presumed to be Norse legends probably written down about 700 a.d.   It begins with the creation legend.  It is interesting how all the major religions have a similar tale of the beginning – different gods but the same story: the earth is always created  for us by gods like us.

Of old was an age
when was emptiness,
there was sand nor sea
nor surging waves;
unwrought was Earth
unroofed was Heaven –
an abyss yawning,
and no blades of grass.

The Great Gods then
begin their toil,
the wondrous world
they well builded.
From the South the Sun
from seas rising
gleamed down on grass
green at morning.

In the foreword by Tolkien’s son I find it fascinating that J.R.R Tolkien did not actually like his writing: The Hobbit.  He also noted that the name for the dwarfs came from the Elda Etta.


We have finally passed through fall.   The weather forecast for tomorrow is for the possibility of snow showers with temperatures in the high thirties.   We have our oil tank filled and our wood supply in.   I have one or two more projects to complete before I can, with a clear conscience, settle down into our winter mode.   Winter for us is a time for self absorption: we read, make soups and fresh bread, prepare meals in the slow cooker, watch old movies, drink wine and generally enjoy the shelter of our house from the elements outside.

Winter time is the time for slow cooker meals.   I put together a pork stew yesterday and it turned out great.

I cut a pork roast into two inch chunks.
Covered it with one large onion sliced, two stalks of celery sliced, three carrots sliced, three garlic cloves thinly sliced, one white potato cubed, one sweet potato cubed, a two pound butternut squash cut into large cubes, ¼ teaspoon of ground nutmeg, two bay leaves, ¾ cups of raisins, finally adding one cup of water with three tablespoons of maple syrup mixed in, and two tablespoon of maple syrup drizzled over the finish product.
I cooked it on high for five hours: it was delicious.