NEVER MEDICARE FOR ALL


Why don't we have universal health care? 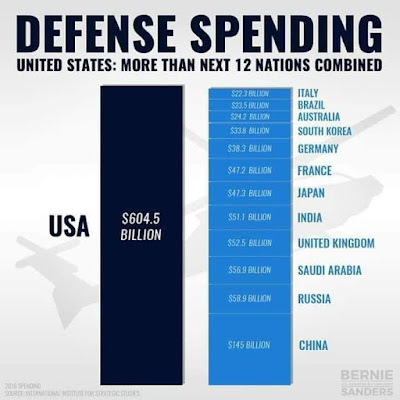 Michelle Obama for President!
Posted by Ol'Buzzard at 8:46 AM 5 comments:

IT WAS RAINING SO THE PRESIDENT COULDN'T VISIT THE MILITARY CEMETERY 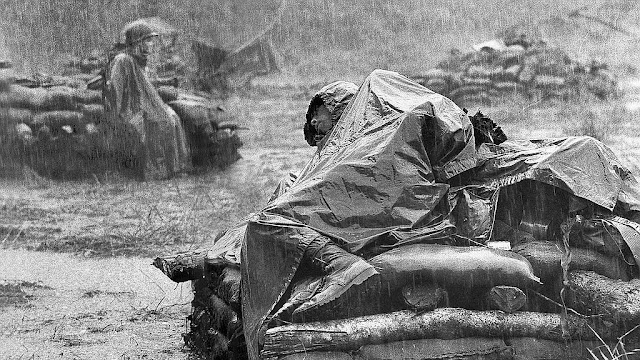 
What he said
the Ol'Buzzard
Posted by Ol'Buzzard at 9:04 AM No comments:

Labels: Atheism, Does God exist, Religion is dangerous, religious superstitious ignorance, Superstitious beliefs, the determent of religions, There is no God, Which God

Today the temperature is seventeen degrees with a wind of twenty to twenty-five knots; about minus three degrees windchill.


I have posted a windchill chart before, but thought I would put it up again as this is the season....

VOTING IS A JOKE

We have a manned space station circling the earth; GPS that tell you your location anywhere in the world within a couple of feet; computers you can talk to and can answer back; robots replacing workers in factories; space probes that can circle the moons of Saturn and send back data; wrist watches that can tell you your heart rate, deliver you text messages and make phone calls; My little Tom-Tom GPS can guide me to any address in Canada or the United States; we have cell phones with apps that have unlimited capabilities; we have cars that can drive themselves; and we are within ten years of unbelievable artificial intelligence…

And I had to stand in line for one hour to feed a paper ballot into an antiquated scanner when I went to vote.

This is ridiculous in a time of advanced technology.   We should be able to register on line and select a secure password and identifying data; and then on voting day fill in our ballot online on a secure government network.   A super computer should be able to spit out the results by the voting deadline.

The know-how and technology are available.

And Hand Counts?   You’ve got to be shitting me!

DO DEMOCRATS REALLY WANT TO WIN THE PRESIDENCY BACK IN 2020?

There are people in the Democratic Party that feel it is their time.   The same old lifetime politicians that want to keep the status quo in power.

This is a recipe for failure.    Even with all the hype, young people did not turn out and vote in this election.   Even the people that are sick and tired of Trump were matched and canceled by the Trump cult voters.    It was a Black turnout and a gender turnout that probably saved the mid-term for Democrats.

We need Michelle Obama to run for President in 2020.

I don’t do social media, but I urge people that do to tweet – hashtag/ Michelle Obama for President 2020.

Let’s start a movement to elect a Democratic President in 2020 who will bring back respect and decency to the office of the President, and to the image of the United States worldwide. 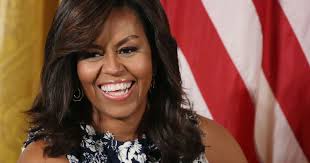 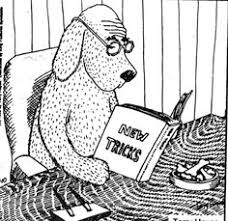 This morning I went to drive the car and found three inches of frozen snow on the windshield.  I couldn’t locate my ice scraper and in desperation grabbed the plastic dustpan from the shed.

Screw my ice scraper, from now on it’s the dustpan for removing snow and frozen snow from my windshield… I still might need the scraper for ice.

WHY DEMOCRATS CAN’T WIN THE SENATE


This past midterm election the Democrat Senatorial candidates received seven-million more votes than the Republicans, but the Republicans hold the Senate.

There are more Red States than Blue States and with the Cult following of the party of Donald Trump, the Senate will for the future likely remain in the hands of the Republicans.

With the Senate in Republican control the chance of impeachment of Donald Trump, regardless of his crimes and misdemeanors, is zero.  The Republican Senate is still in control of appointments of judges, including for the Supreme Court, and the confirmation of any Trump appointments.

It seems we are now down to two branches of government: the Congress and the Executive-Judicial

I am so sick of the fucking suck ass sniveling Democrats and their automatic capitulation to Republicans.

The Republicans have demonized Nancy Pelosi as the potential Speaker of the House and run campaigns using her as a boogiewoman.    The reason they have been so opposed to Pelosi is that she is effective.  She keeps the Democrats in line, passes democratic agenda and takes no crap from the Republican legislature.

So, what do Democrats do?   They grumble that Pelosi is divisive and if she becomes Speaker of the House Republicans won’t work with her, and she won’t be able to get bipartisan legislation passed.

I would like to take a hot burning stick and shove it up the ass of any Democrat that utters the word ‘bipartisan’.

Republicans don’t give a shit about bipartisan.   Since the very first day of Obama’s Presidency the Republicans have been obstructive.   They have no intention of working with Democrats; and their wet dream is having Chuck Schumer as Speaker.    Their worst nightmare is Nancy Pelosi.

Why can’t fucking Democrats stand up on their hind legs and face down Republicans; instead of their mealy-mouth “our friends on the other side of the isle” and ‘bipartisan’ bullshit.  You will never hear Republicans utter that.   Republicans laugh at us, and rightly so.

If Democrats take back the House they need to fart in the face of the Republicans and elect Nancy Pelosi back as Speaker. 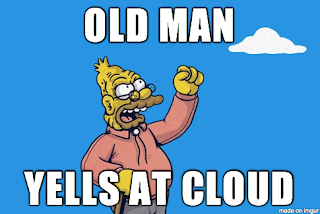 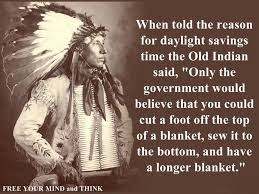 THOUGHTS AND PRAYERS AREN’T WORTH A SHIT WHEN YOU ARE DEAD. 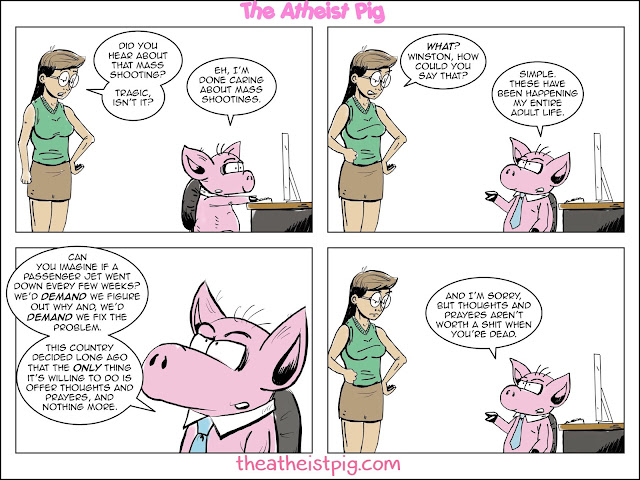 Shooting at a synagogue, two black people shot in Kentucky: I am not shocked any more.

I quit being concerned about mass shootings after Sandy Hook Elementary School killings.   If the nation was not horrified enough to enact gun control legislation after twenty, six and seven-year-old children and six adults were butchered in a school by a man with weapons designed specifically to kill people; then this is the country we have elected to live in.

We will bury our dead, and then move on until the next mass shooting when we will feign horror and outrage; and send our thoughts and prayers.

For the past month I have been getting a notice stating:

I am asked to download their extension, but so far have not done it.

Is Google wanting my on-line browsing history - or do they already have it?  Is this just added protection?  Why would Google remove my Norton protection without my permission?

Anyone have any insights?

Labels: does Google want my on-line browsing history? Why would Google remove my Norton Security toolbar without my permission?, Google security extensions

A WRINKLE IN TIME 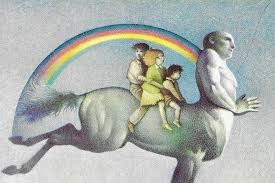 Einstein’s calculations show time duration varying according to the speed of an object.  He also proposes that space-time can be bent in reaction to the gravitational pull of planets and stars. 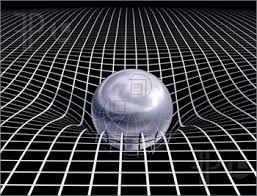 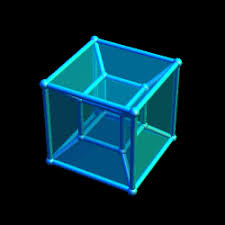 It has often been the belief in many cultures that there are people who can manipulate time.   During the sixteenth-century time manipulation was one of the charges levied against women accused of witchcraft.  Supposedly, a woman could leave her bed at midnight for an all-night romp with Satan and his minions and be back in bed with her husband at one minute after midnight. 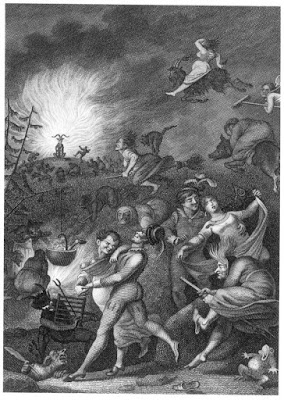 Twenty-two years in the military has made me a time person.  To me time is fixed, I adjust my actions within the confines of time.    If I have an appointment I will get up at a certain time, allow myself a certain amount of time for a shower – to get dress – breakfast, I will leave the house at a defined time and arrive at my appointment fifteen minutes early.

My wife is never concerned with time; she seems to bends time to conform to her actions.  She never refers to a watch or clock.   If she has an appointment at ten-o-clock she will get up when she is ready, feed the cats, do any number of things, spend time on her exercise bike, make the bed, get out her clothes, leisurely have breakfast, spend up to an hour showering and doing the other mysterious things women do in their bathroom, walk out dressed, put on her jacket, get in the car and drive to her appointment and arrive at exactly ten-o-clock. 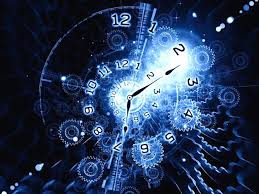 This use to drive me crazy.  If I tried to remind her of the time of her appointment, or ask her ‘Do you know what time it is?’  I would be told in no uncertain terms to fuck off.

I have long since concluded that my wife is a witch, and one of her many attributes is not being constrained by time. 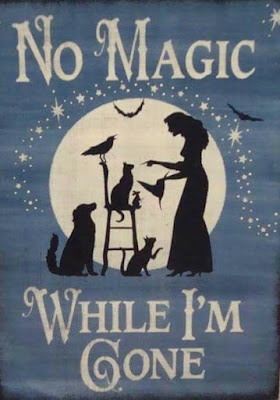 I am sure she considers me some sub-creature she has to put up with; ruled by my most base instincts, controlled by conventional limits of time and space.


But somehow, we are compatible.
the Ol’Buzzard

Posted by Ol'Buzzard at 7:51 AM No comments: