I had a humorous post I planned to issue today; but Jackiesue has lost her companion, best friend, closest sentinel being: her cat Dexter.

It is strange this day and age of the internet that you can feel so close to people that you have never met; but following Jackiesue’s blog for years I feel close to her.

Young people and families with a household full of people, friends and pets probably don’t understand the connection you make with an animal that shares your life when you are disconnected from family and friends and living alone.

My wife and I have no close family or friends.  For almost forty years we have live a solitary life of mutual support, love and friendship.  For eighteen of those years we shared our life with a Rag Doll cat we raised from a kitten.  The cat was so much a part of our life that it was our family.  I didn’t cry when my Grandmother who raised me died or when my mother died; but I cried when I held that cat and it was euthanized.

I understand how Jackiesue feels.


Turning on Morning Joe this morning (Dec. 26, 2018) I felt like I had mistakenly accessed the Christian TV Network.

Joe makes no secret that he is a fundamentalist; but he doesn’t seem to realize that proselytizing with his continual dialogue about Jesus and Bible quotes is a turn off for Jews, Muslims, Buddhist, atheist and agnostics.

We are a nation of a mixture of ethnics and beliefs and Joe Scarborough would do well for his audience to stick to the news and hold his religious comments for his home and church. 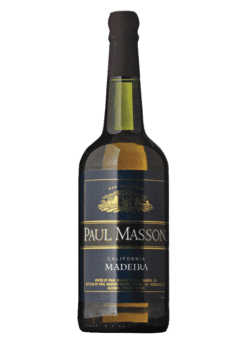 I am a wine drinker.   The first bottles of wine I bought was Paul Masson Madeira from Tess Market in Brunswick, Maine back in the early 1960’s.     I have been drinking Madeira wine every since.

Some consider Madeira a dessert wine, but I find it a comfort win, especially with cheese or snacks.  It is said that Madeira was the favorite wine of George Washington and Thomas Jefferson.

Madeira originated on the Madeira Islands of Portugal.   I have drunk the Portuguese Madeira in Portugal and a friend occasionally brings me a bottle from the Madeira Festival in New Bedford, Massachusetts. 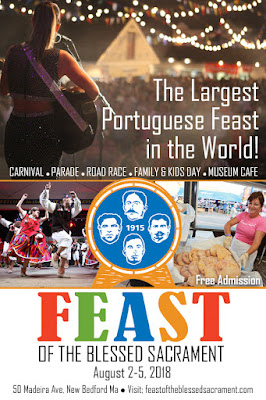 Good Portuguese Madeira start around twenty-dollars a bottle; these Madeiras are a little too sweet for my taste.    There are cheaper Madeira, good for cooking, but I find most of them inferior. 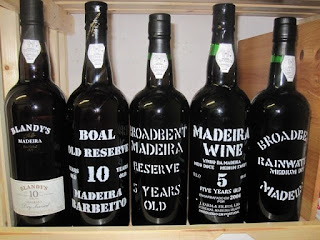 My favorite Madeira is American made Paul Masson Madeira at around seven dollars a bottle.  This Madeira has a good smell, is not overly sweet and has a somewhat nutty taste. 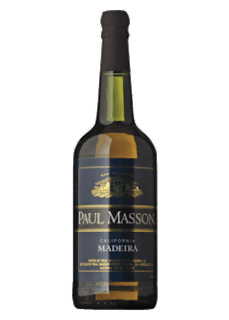 If you are just trying Madeira, I would recommend Paul Masson; but a warning: Madeira is a fortified wine about 18%.   Enjoy a small glass with a snack, or as an after-dinner relaxer.

I HATE THE WORDS: MAC AND CHEESE


When I hear the words Mac and Cheese, I think of some inferior pig slop offered to the public.

Macaroni and cheese has been bastardized by Kraft Foods and commercial advertising, and especially restaurants adding everything from cheese whiz to lobster.

This basic food deserves better.  It should be called Macaroni and Cheese, with respect.

The recipe is simple and delicious.

·       Boil one cup of dry Macaroni for eight minutes, or until tender - drain
·       In a sauce pan melt one tablespoon of real butter
·       Add one tablespoon of flower and stir continually until bubbly
·       Add one cup of milk (room temperature) and stir until thicken and steaming
·       Add two cups of shredded cheese (your choice) stirring continually until melted.
·       Stir the cooked macaroni into the cheese sauce
·       Pour into a one-quart baking pan (I use glass)
·       Cover liberally with Panko or seasoned bread crumbs
·       Bake at 350 degrees for thirty minutes

This will make four reasonable helpings.  Enjoy with a side salad or as a side with a meat dish.


The Christian calendar declaring January first as the new year is just an arbitrary choice with no foundation in nature. 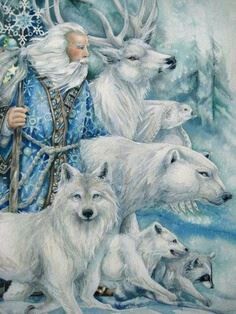 At our house we celebrate the seasons.    Winter Solstice is the most important; it is the beginning of the new year; it is a time when darkness ends and light comes back to earth.

My wife and I celebrate the first five days of this new year.  We select five presents and exchange one a day, beginning on Solstice day.

This year Solstice was perfect: a grey, overcast, mausey day with rain drumming on our metal roof; a perfect day to eat, sleep, read and enjoy each other.

We send out our thoughts and best wishes for the new year to all who happen to read this.

A BITE OF REALITY

I am past my sell-by-date.   I am of the age that the reality is I will die within the next ten years – and I will be dead a long time.

Two days ago, I hit an ice patch with my car and slid into an ice bank, resulting in a tear in the front plastic cowling and a dent in the back door of my RAV-4.

My wife wasn’t happy, but I refuse to be upset about some damage to the car that is repairable.  Shit happens.

The snow scene up here in Maine is beautiful.  I have a nice home and a great wife, books to read and cats to keep me company.   This accident will cost me a deductible that I can ill-afford, but in the scheme of things: no big deal.

As far as eternity, that is the con of religions.   Religions promise a get-out-of-death-free card that doesn’t exist:   I will pay you tomorrow  for a hamburger today.

But there is the same chance of that happening as sitting in some celestial heaven with the man-god Jesus.

You walk through the cemeteries here in New England and find old tombstones with epitaphs and names like Constance Toothacher and Endeavor Bean; people who lived in Maine over four hundred years ago.   They are not sitting ‘up there in heaven’ or ‘down there in hell.’ They are forgotten and their bones are rotting in the ground like everyone who ever lived before them and everyone who has lived after.  Their dogs died, their cats died, their horse died, their cow died, their children died, they died.  There is life and there is death – full stop.

We are here for a short while and then we are gone.  I can deal with that. 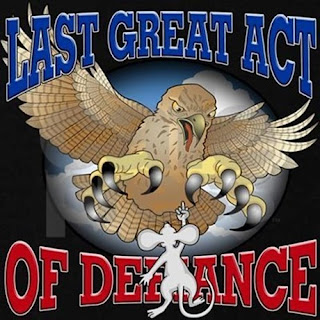 If it were true that your life passes in front of your face when you die – mine would be a double feature.   It has been an interesting run.  And every day I have left I intend to live to the fullest.


I really dislike commercial salad dressings.    To me, they taste artificial.  Their ingredients include chemicals you can’t pronounce, artificial flavors, dies for coloring and preservatives.

The exception is, of course, mayonnaise – I love mayonnaise – just about anything is improved if you slather mayonnaise on it.   Makes any salad taste good.

Here is a list of three easy to make salad dressings that are my standards.

My favorite is Blue Cheese

For years I tried to make a decent Blue Cheese dressing by experimenting, and often using feta cheese … a mistake.  This one works.

¾ cups of mayonnaise (it is already starting good.)
¼ cup of sour cream
2 tsp of vinegar
¼ tsp each of dry mustard, dried basil and dried oregano
1/8 tsp of garlic powder
1/8 tsp of salt

Vinaigrette are easy
3 parts oil to one-part vinegar and a dash of salt and pepper (experiment with the different vinegar to find what you like.)

You normally think of summer as a time for salads, but salads are great any time as a filler to cut down on the amount of carbohydrates and fats that are consumed in most normal meals.

Tonight, we are having meatloaf, rice, steamed broccoli and a green salad with blue cheese dressing – and of course wine.

I really miss having good tomatoes in my salads.  Those genetically engineered red things that sit on the supermarket shelf are a poor substitute for tomatoes.  We have a short growing season here in western Maine and only get locally grown tomatoes in the summer for a few weeks.  I was raised in the south and remember the big ugly acidic heirloom tomatoes with a taste that was out of this world: tomato sandwiches made with great big slices of acidic tomatoes slathered with mayonnaise.    I feel sorry for the young people today that have been raised on store bought tomatoes.

CAPITALISM: THE DEATH OF THE ENVIRONMENT

GLOBAL WARMING: THERE IS NO ANSWER 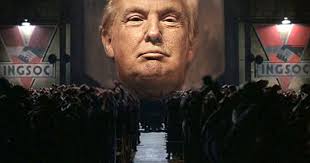 “The essential act of the party is to use conscious deception while retaining the firmness of purpose that goes with complete honesty, to tell deliberate lies while genuinely believing in them, to forget any facts that has become inconvenient, …”


Trump and the Republican Party are turning back the clock, not to the 1950’s as some opponents say, but to George Orwell’s 1984.   We have gone down the rabbit hole of 1984 without even realizing the journey.

I fear that the country will not recover from the Trump fascism.  The expectations of a government of checks and balances has been permanently broken. 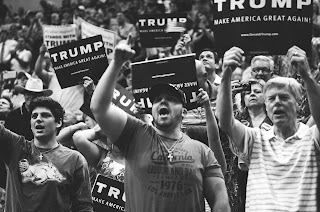 The third of the country that is racist, homophobic, fundamentalist and easily manipulated have found their power and will control elections in the Republican party for decades to come. 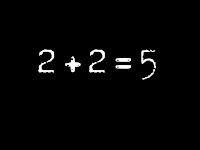 Even with a Democratic majority in the House, regardless of the crimes Trump commits, cries for impeachment are like an old man yelling at clouds.   Impeachment would require a vote of sixty-six senators and that will never happen: it would require 14 Republican Senators to cross over and all Democrats to vote as a block.

The best-case scenario is that the permanently angry, poorly informed, easily manipulated base of the Republican party, controlled by rich capitalist, will continue to elect Senators that will permanent block any progressive agenda.

The worse case is that the Republican party of Trump has so normalized malfeasance that the United States will never recover as a nation of laws that has been the underpinning of our society.

A MERRY YULE TO ALL

AND A HAPPY SOLSTICE