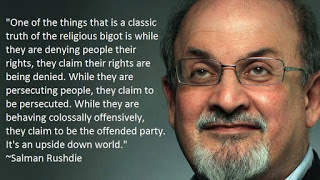 A THOUSAND AND ONE NIGHTS 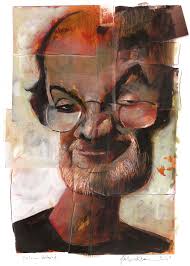 I am reading my way through Salman Rushdie’s new book, Two Years, Eight Months and Twenty-eight Nights  (a thousand and one nights.)   I don’t know if I will finish the book; his books usually tell Eastern metaphysical stories that I find difficult to follow – and sometimes my interest in the outcome fades; but his thoughts, his sentence structure, his jewels of complex reason keep me coming back.

A sentence in this his new book crept into my mind like a song or melody you just can’t get rid of.

“We are all stories within stories.”

A parallel universe of stories.

We are each a story within a story; but the only story that matters to our egocentric id is the personal story of ourselves – because beyond that we matter less and less, until we find ourselves totally unimportant.

It is Thanksgiving Day and I turn on the TV to find the big balloon parade, the Kennel Club Dog Show and MSNBC running Lock Up all day (a show about idiots who are housed by the penal system.)

I don’t understand what the fascination is watching sub-intelligent incarcerated inmates acting out their antisocial behavior; and yet according to Rachel Maddow the prison shows are the highest rated shows on the MSNBC network.

Now to add insult to stupidity, as I channel checked through they were advertising a virtual reality program with hi-def. glasses that will allow you to become a part of the prison community – live in the midst – it’s like actually being in prison. 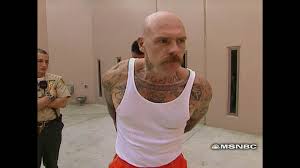 It makes you wonder what type of person is the viewer of prison shows, and wants to go that one step further and experience being a part of prison population?

I have been running Windows 8.1 that came with the desktop computer I bought a year ago ($380 at Walmart - yes Walmart) - a good buy with 8 GB ram and 1 TB hard drive.

I have been getting reminders to upgrade to Windows 10, but wanted to wait until Microsoft has had time to work some of the bugs out.

Well, today I decided to take the step.

The conversion took about two hours all total, but went through without a hitch.   I just needed to be available to click Next a couple of times and to allow a restart, and the program did the rest.

I am a manual person and not a tinkerer so before downloading I went to Barns and Nobles and bought Teach Yourself Visually Windows 10.    However, there are a number of Windows 10 clips on YouTube that are helpful in understanding the system.

If you are thinking about an upgrade it is free until June of 2016.

LIBERALS AS OUT OF TOUCH AS THE IDIOT RIGHT 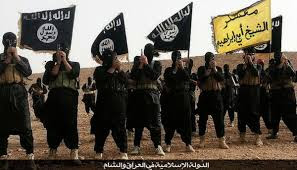 The world is in chaos because of religions, while at the same time liberals stoically defend the freedom of religion.   Liberals constantly cry that it is not the Islamic religion that is a problem but ‘religious extremist’ that are committing the senseless mass killings performed by ISIS and other groups.
In our liberal bubble we see the world as we would like it to be; which is as removed from reality as the Fox News Network. 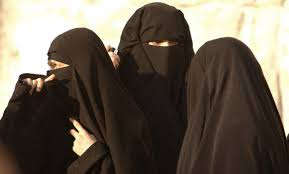 The Muslim religion is a barbaric sixth century religion and its tenants are being acted out all over the world. 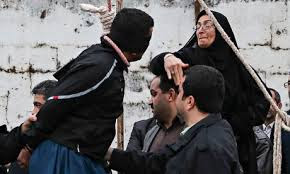 Violence is the nature of that religion and only pie in the sky liberals are willing to defend it in order to be politically correct and not offend the millions of Muslims that practice and believe its misogynistic and bloodletting philosophy. 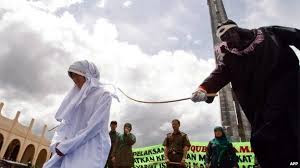 At the same time we must call out the Christian religion as totally ridiculous in its beliefs and philosophy. 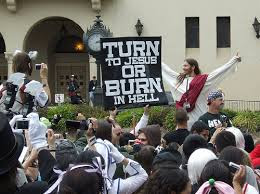 A large percentage of the Christians in this country would see our nation declared a Christian theocracy; a religious state that criminalizes abortions, persecutes gay citizens, denies science and teaches its two millennium old dogma in our school systems. 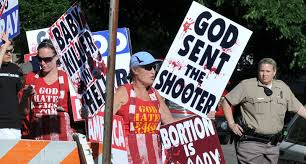 It is only the First Amendment to the Constitution that has protected us thus far, and that is slowly eroding as religious conviction is becoming a test for Presidential candidates. 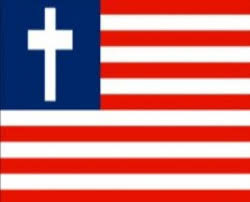 That same First Amendment protects a personal right to practice a religion; but that should not preclude us from decrying tenants of religions that are violent, bigoted and ridiculously ignorant in the twenty-first century – and that includes Christianity.

The only excuse you can give for the far right of the Republican Party is to say that they are bat shit crazy; but the far left of the Democratic Party – Liberals – while not crazy in the same comparison as the far right, have been smelling too many unicorn farts. 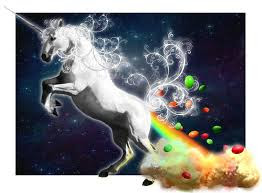 Liberals need to step out of their bubble of rainbows and stop defend all religious beliefs.    Liberals need to take a step back into the real world, as they have become part of the problem.

Remember when the worst thing we had to worry about was traveling through Mississippi?


I could not find the segment clip on the Rachel Maddow show that dealt with the 'Kill the Gays" conference that was attended by Ted Cruz, Mike Huckabee and Bobby Jindil,  so I have had to post the entire show from 11/9/15.   The gay rant starts from Pastor Kevin Swanson at about the six minute mark.

Unbelievable in the 21st Century.
This is what religion does to you.

I can view the sunrise and sunset
And feel the sun's warmth on my skin,
I can appreciate the eerie light of a full moon
reflected by a snowbound world,
I can see and hear the tumbling water of a stream
And experience the pleasant serenity of a lake.

But it is the wind

I can welcome the soft touch of a snowflake
as it kisses my face,
And shiver as the rain soaks my clothes
and chills my frame,
I can hear thunder
and startle at the streak of lightning ripping the sky.

But it is the wind that speaks to me.

I have bask at the fire that brings contentment
and warmth to my home.
And choked as my lungs fill with smoke
as the forest burned away.
I have driven on the ice
on the Kuskokwim River,

But it is the wind

I have seen the northern light
blaze in the twenty-four hour night,
I have felt the penetrating chill
of the cold at fifty below,
But it is the wind
the wind I remember most

Huddled in my bed in a tiny log cabin
In the darkness of the never ending Arctic night
While the wind outside, unrelenting, warned me
‘You do not belong here.  This is my world.  I rule here.  Hear me and quake.” 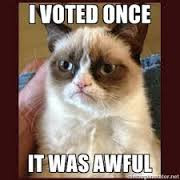 It is off season, off track voting day here in western Maine.   My wife and I were talking about it last night.   Young people tend not to vote:   they are too busy and not particularly interested.   For the young, voting falls someplace beneath getting laid, getting drunk, getting married, having kids, working to make ends meet…

I hate to admit it but I didn’t vote until I was almost forty…getting laid, drinking, hell raising, military deployments…    and my wife was almost thirty before she voted: just living life seemed too complicated to worry about politics – which everyone knows you can do nothing about anyway.

We vote now.   It comes with age.   Though I am still not convinced that it solves any problems.  I always vote for the less objectionable politician.   (Obama was the exception: I really liked him).   But, the government is so packed with politicians whose only aspirations is to remain in office at all cost – that the best you can do is to hope that the less objectionable party remains in control.

Politicians spend the majority of their time raising money to finance their campaigns to convince you to vote for them.  Their allegiance is to the wealthy donors, and not to the voters.     The title Senator and Congressperson is as close to a royalty class as there is in this country – and politicians will say anything and vote anything in order to secure their position.

The government has always been an oligarchy disguised as capitalism and run by the wealthy overlords, and it will always remain an oligarchy.

‘We The People” (us) are only duped into believing that we have some control on the outcomes.   Bush became President, though he did not win the popular vote.   Congress is full of gerrymandered Congress Persons.  To say the system is rigged is a fair conclusion.

Political parties vie for control by placating and manipulating their selected demographics.   Then when they get in office the party serves the overlords and the politicians live to secure their own positions.

A government “Of the people, for the people and by the people” can only exist in a utopian socialist world.   Of course, true socialism can’t exist because the people in charge would vie for power and fuck it up.

I will go down and vote today, because that gives me the right to complain.

Either way, we will inherit the wind.