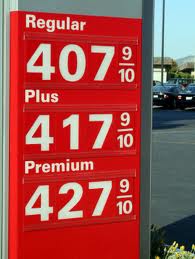 I am a critical thinking person.  I have a math/science background.  I believe in logic, - cause and effect.   I even understand (to some extent) Chaos Theory.   But there is one thing in my everyday life that I am totally confused by: Gas Prices. 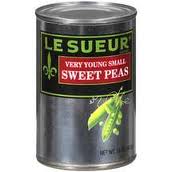 With a business model – a commodity – a grocery store buys a case of peas at wholesale price then figures out the percentage of markup necessary in order to guarantee their retail profit.  The can of peas is then placed on a shelf and sold at that price.

If asked about this he may tell you that the next time he has to buy gas the product will cost more.   This doesn’t wash.   The grocery store does not change the price of peas daily in order to adjust to a possible icrease in wholesale pea prices at their next purchase.

We are told that the oil supply is plentiful.  We know that here in the oil companies have wells capped and off line in order to regulate prices.   These oil companies pollute our environment, keep oil prices high, collect huge subsidies from the government and buy Senators and Congresspersons in order to slow and disrupt our move to clean, non-fossil fuel energy.   They are the most profitable companies that have ever existed on the face of the earth.

All that aside, what the hell is going on at the gas pump?
I’m just asking.

CAN EMPATHY SAVE THE HUMAN RACE?

It seems I often borrow from the blog Squalto’s Rant – and it is true.

Today I have co-opted the following video that he posted.

This is the type of video that if you begin watching you must watch to the end.   The premise of the video is that human beings are moving toward empathy for all life on the earth and concern for the earth’s ecology in general.

This is a consummation much to be desired.   Jeremy Rifkin is representative of a far left liberal thinker with a great ability to connect with his audience.   He leaves you feeling that there is hope for human empathy because of the evolutionary development of the human brain which has been stimulated by the technical advancements is communication.

Being a cynical old fart I tend to see the down side to this argument.  Human empathy hasn’t changed much since four million years ago when Australopithecus walked across the savanna in , picked up a stick, went over a hill and beat the brains out of his neighbor and fucked his female.

We live in a tribal society and we don’t much concern ourselves for the tribes over the hill.    We seek validation from our family, our church, or racial identity or our local or national identity.  We decide which cult gratifies us the most and that is where we place our allegiance, while decrying other cults that do not stroke our ego.

Abraham Maslow was an American professor of Psychology who defined the human hierarchy of needs.   People develop from the most basic needs of fulfillment toward the highest level of Actualization.   People can not move into a higher level until they are secure in the levels below them. 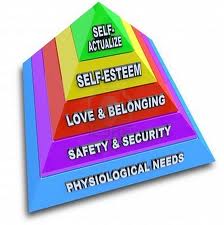 The steps defined are:

SELF-ESTEEM: Self respect, Respect of others.

SELF-ACTUALIZATION: Able to embrace facts and realities, spontaneous, creative, problem solving, caring for others, morality independent of authority and judge the world objectively.

Many people throughout the world today (including in the ) are stuck in the SAFETY level – concerned with basic survival.

A good majority in this country are striving to BELONG – to seek gratification through a social network.

Very few of society are secured enough to be striving in the ESTEEM level.

And, an even smaller percentage (which must includes Jeremy Rifkin, - the producer of the video) find themselves secure enough to have reached SELD ACTUALIZATION.

Only the people in the SELF ACTUALIZATION level have the security and ability to be truly empathetic for the human race specifically and all other living things in general.

Add to this the high percentage of blatant human ignorance:  The IQ is represented by a Bell Curve. 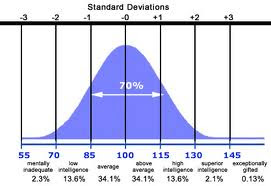 The 100 IQ point shifts according to demographics of population growth.  At the present time humans on the down side of the curve are breeding at a faster rate than those on the up side; which constantly skews the intelligence quota of the human race downward.

SELF ACTUALIZATION is not in the reach of everyone.  Empathy is a pipe dream – though a beautiful one.  But the reality is that the human race is not programmed for the gentleness that empathy would require.

I will watch the video again: maybe a few more times – for there is much presented that stimulates the thought processes.   But in the end we live in the real world where human egocentricity has not changed much in four million years.

I usually type my post in Microsoft Word and cut and paste to my blog.  Today when I paste my post it appeared on white background strips.   I had to select Text Background Color icon and choose black background in order for my post to conform to my template.

Is anyone else experiencing this problem?

this sux as it messes with the color of fount I choose.

How do you complain to Google Blogger?
O'B
Posted by Ol'Buzzard at 9:43 AM 7 comments:

A VEILED CALL FOR PRESIDENTIAL ASSASINATION.

The following excerpt is from the blog: Squatlo Rant
(I urge you to click the link to read the full post in context.)

“An article on Huffington Post grabbed my attention this morning, and I'm still sitting here shaking my head at the treasonous behavior of some in today's GOP.
A Greene County Republican Committee newsletter that was published back in March included an essay by the newsletter's editor, one Ponch McPhee, in which he called President Obama "America’s Most Biblically-Hostile U. S. President" and urged patriotic Republicans to take up arms against the government should Obama win reelection.”

I read this as a blatant call for violence against our President.

We often hear TV and talk radio Republican talking heads comparing the extreme right of their party and the extreme left of the Democratic Party as both equally radical in their diatribes.

This is not a correct comparison: the extreme right of the Republican Party has a vitriol that is poisonous and dangerous and does not exist in the extreme left.   The Right Wing of the Republican Party (including the Tea Party) attracts militia nut cases, the KKK, skin heads and other organizations that advocate violence.   This contingent of the party contains unstable gun carrying fanatics capable of killing abortion doctors and shooting politicians they do not agree with.   These people, constantly goaded by Fox News and talk radio, are unstable, delusional and damn right dangerous. 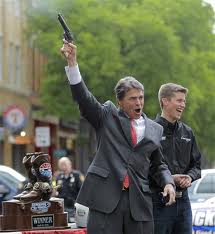 The fact is that the party has moved so far to the right extreme, that the governor (Rick Perry), who publicly announced that he considered secession from the as plausible possibility and who has been filmed shooting his pistol into the air at a political gathering, became one of the Presidential candidates for the Republican Party

Equally bothering is that Republican Senators and Congressmen do not come out and denounce this violent rhetoric, and that mainstream TV news shows do not highlight these right wing dangerous psychopaths and tie them to the Party.

The Republican supported newsletter that published this article against President Obama is the type of officially approved rant the feeds the frenzy.

I fear for President Obama every time he appears publicly in the South.

This may sound like an unfair attack against the South.  It is not.  It is an observation.  I was raised in and and I know the religious ignorance that permeate the south and encourages anti-liberal fanaticism.

This is not the first Democratic President to face such southern racist hatred. 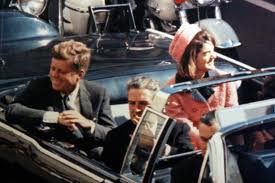 In Stephen King’s novel 11/22/63 King documents the hatred that was publicly displayed in toward President Kennedy on the day of his assassination.   American flags flew upside down at the airport; and earlier Adlai Stevenson and Lady Bird Johnson had been subjected to a spit shower from a group of protesting middle class housewives.  The police were complicit by looking the other way.

This is an especially dangerous time for our President as the lunatic fringe of the far right sees his reelection as a biblical offense leading to the destruction of their racially pure .

If an assassination attempt takes place against the first black President of the it will be the lowest point in our National history since the Civil War.

Though they will try to distance themselves, the leaders of the Republican Party will be complicit.   It will be an event that was encouraged by Republican propagandist TV and talk radio outlets (including Fox News and Rush Limbaugh)   and it will have taken place because the leaders of the party encouraged the rhetoric and chose not to denounce the lies and vitriol promulgated against this President.

I spend so much money on bird food that I sometimes feel I should be able to claim the local bird population as dependents on my tax return (along with our cat.)    Everyone who feeds birds eventually has to come to terms with squirrels raiding the bird feeders.   Needless to say my squirrels eat good.


But, I have found a solution that seems to be working.  I have mounted a 3-inch stove pipe around the base of my stand-alone feeder.   The squirrels still feed on the seeds dropped by the birds but they are no longer climb upon the feeder.


I also have found a solution for ants on my humming bird feeder: I grease a two foot section of my metal upright feeder stand with wheel grease (Vaseline will work as well.)   If you hang your feeder, hang it from a wire and grease the wire.

Many bird lovers are concerned about predators.  I have a falcon that occasionally visits my yard and takes doves (for some reason that seems to be his bird of choice.)   Cats can also be a problem.   We must remember that we too are predators.   We kill for food and we kill for sport (we even kill for religion and natural resources) - therefore we shouldn't get too sanctimonious about predation. 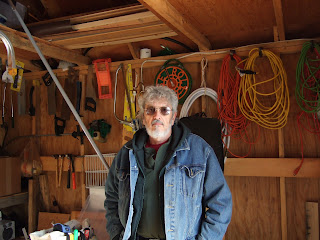 I lay awake this morning thinking of the past – at this point I have far more past the future.    I thought of all the crossroads I have transited in my life and the path I took at each juncture.   The thousands of decisions I have made that presented alternate outcomes and would have resulted in entirely different futures.

We are not who we are by design, but who we are by chance.  The world we exist in is the product of Chaos: A butterfly in flapping its wings results in a storm in the .

CHAOS IN A DARWINIAN COSMOSE

Have a happy day
the Ol'Buzzard

Labels: About Me, I'm Old, Nihilism, who am I
Newer Posts Older Posts Home
Subscribe to: Posts (Atom)