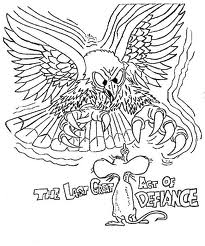 The wife and I haven't gotten much riding in this year because of the rain.   Earlier this month we went on a two hundred mile run with The United Bikers of Maine - Franklin County.   The weather was bright and cool; perfect for a bike run.  Our route took us through the western Maine mountains and over the height of land overlooking the Rangeley Lakes, finally ending at the Moose Alley in Rangeley.


A little bit of sore biker ass when we got home, but a great ride. 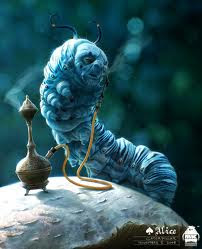 This morning I woke up and it was raining so I went back to sleep.
About nine-o-clock I went down stairs and made a cup of tea and tried to read a few pages from a book, but ended up putting the book down and taking a nap in the chair.  My wife and cat finally roused me with a cup of tea and an English muffing with peanut butter and banana, which I ate, drank and then went back to my nap.

I usually call a day like this (rain on our metal roof) a Cat Day: a day where I plan to do nothing but read, eat, drink a little wine and lounge.   Either my wife or I have the authority to declare a Cat Day and the rule is that the other must immediately agree (which is never a problem.)

Today I have carried it beyond a Cat Day and ventured into the strange realm of a Slug Day:   I have yet to declare this a legitimate level of existence, but I am experimenting with it at this moment.   The image comes to me of the big caterpillar in Alice In Wonderland (OK, he’s not a slug – but close enough.)

Back upstairs laying in bed and listening to the rain drumming on the roof I began to think about fuck.   Not the act of fuck (which if I can talk my wife into agreement this afternoon could culminate in an altered state, like a psychedelic experience of SLUG reality); but, I have been thinking about the word FUCK.

With out a doubt the word FUCK must be the most versatile word in the English language.

What a remarkable word that allows so many shades of expression: Let’s fuck, You wanna fuck?, I can’t fucking contain myself, You don’t fucking like it? - Don’t fuck with me. Awh  Fuck, You could go fucking crazy thinking about this.

Have a fucking great day.
The Ol’Buzzard

Labels: Fuck, Fuck It, Fuck Off, The word Fuck 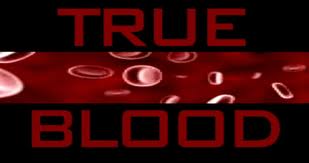 I have a cousin in that I correspond with.  She has become interested in family history and begun tracing her ancestors.   Being a nihilist (and a know-it-all) I wrote to her of the futility and inherent false results of such effort.

To begin with ancestors multiply at an exponential rate.   In non-mathematical language you have two parents, four grand parents, eight great grand parents, sixteen great great grand parents: then thirty-two, sixty-four, one hundred and twenty eight…..etc.   Your kind ship dilutes by one half with each succeeding generation you trace back to. (Never end a sentence with a preposition – fuck the rules.)   Ten generations back you are equally kin to two thousand and forty-eight ancestors; and if you carry it back to twenty generations – over two million.

At what point does the gene pool so diluted that you are realistically no longer kin?

Probably, most people try to track their paternal name.   This also is an inexact effort.   This day and age, with birth control, women have fewer children and are freer to have sex without consequences.   Now, it has been my experience that married women are more likely to be receptive to a one night (one week, one month) dalliance with no commitment than single women.   After being married for a few years, and having your husband with his back to you in bed let out a fart, you might say the bloom has left the roses.   Women like to feel they are still sexually attractive and an exciting tryst with one of the husband’s friends is probably more common in marriage than admitted.

A few generations back (pre-birth control) pregnancies that occurred from such unions were easily covered up by the wife telling her husband, “Look dear, he has your nose.”   And, when a child stood out from the rest of the brood she could say, “He looks like my side of the family.”

This is the point of Chaos theory: there are chance variables in every situation that can change the results.

There is no way of knowing at what point in your track you will run into an ancestor “born on the other side of the bed.”     At that point, though the name continues, the blood tie (as small as it is likely to be) has been derailed.

This day and age the above scenario may sound unlikely, but in earlier time this was not uncommon.

As per my earlier post:  I was raised by my grandmother, who I thought was my mother.   One of my sisters was actually my mother and my other sisters and brothers were my uncles and aunts.   When my grandmother took me she didn’t like the name on my birth certificate so she changed it.   She also didn’t like my birth date so she changed that to a war memorial holiday (probably so she could remember it.)   I grew up as an alias.  I never found out about this until I was nineteen and tried to obtain a birth certificate to join the Navy and discovered I did not exist.

Generations ago I am sure that many parents raised children of their daughters under similar circumstances, giving them their sir name.  Besides me, I know of two more just in my family (Of course you realize I am of the south.)   At any rate this makes following a paternal name speculative at best.

For myself, I don’t count my heritage any further than my birth.   I know where I am from: the Mississippi Delta.

It has been a long time since I posted.   It just seems that during the summer there is too much to do - too many obligations so computer time is put off to the never never.

My wife and I make a motor cycle run each month with The United Bikers of Maine and we try to take off  by ourselves once a week (for some distance eatery) on the bike. 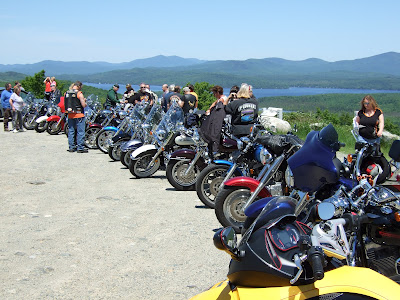 We monitor a local lake twice a month for water quality and invasive plants.   We try to work out at the gym at least twice a week and we bowl with a league once a week.  On top of that there is grass to mow, a flower bed and raised vegetable patch to tend, bird feeders to fill, a to-do list of summer maintenance chores that I make each spring (and rarely finish,) and at present there is a cord of fire wood, cut and split, sitting by the side of the house that I need to move into my wood shed one wheelbarrow load at a time.

And then there are books to read: so many books so little time.

Any way that’s my excuse and I am sticking to it.

But I have recently come across something so startling that I feel I must post.

You probably don’t remember but when I started this blog my main goal was to define the meaning of life. 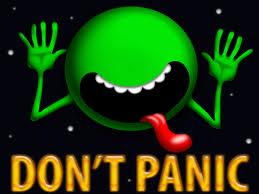 To that point, I have just come across some revealing scientific information (at least as valid as Republican truisms) on the actual meaning of life and the theory of everything.

The largest computer in the universe (according to the Hitchhikers Guide to the Galaxy) has determined the theory of everything is the number 42. 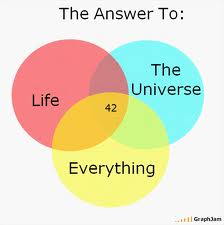 Physicist speak of the beginning of creation as the Big Bang, a time when an indescribably dense point in nothingness explodes, throwing out matter which creates an expanding universe. 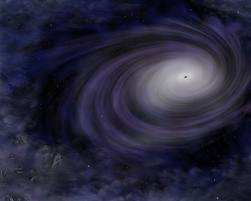 I suppose we could describe the end of creation as the Big Suck.  This would be a time when all matter returns in upon itself, forming a gigantic black hole and finally shrinking again to some miniscule point in nothingness.

I hate to tell you but the time of the Big Suck is really not far away. As a matter of fact, I have come to believe it is at the end my foreseeable future.  You see, this is the way it works:  It’s like Schrodinger’s cat - When I die the world is gone – Sorry, but there is nothing left.   If I can’t see you, you don’t exist.   My death is the Big Suck.  As my reality shrinks like a heavy star into a cognitive black hole from which nothing returns, so goes creation.  The world and the universe are snuffed.  Time and space converge into nothing.

Now knowing the meaning of everything is the number 42 it seems to verify my original assumption (posted in many of my post.)

“do the hokey pokey and you turn yourself around”

Count it – forty-two characters: I was right. 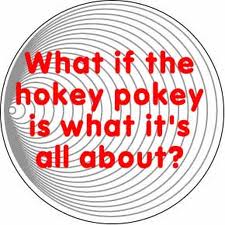 the Ol'Buzzard
or like Yellow Dog Granny says: we're all fucked

A SALUTE TO TENNESSEE


I recently read an article about the increase in snake handling religious cults in .    In a second article a Tennessee TV weatherman was shot with a crossbow by his room mate.   Add to this some of the weird laws coming out of the Tennessee Legislature and it leaves me wondering.

SO TO SALUTE ALL THE RELIGIOUS BACKWARDS WING NUTS THAT SEEM TO PERMEATE THE POPULATION:

I shouldn't throw stones, being from Kentucky some of this is in my background.


I recently ran across some statistics on deaths by fire arms in high income countries.  The survey was conducted in 1999 and may have changed to some extent.  The survey results covered 46 countries and I have taken the liberty and selected the nine countries most recognizable to American interest.

Firearms are part of our National heritage, but for many people they are an obsession.   Because of the constant drive by the NRA to deregulate the sales, distribution and type of firearm available to the public, firearms end up in the hands of people who endanger the citizenry.     Many firearm owners and concealed carry licensees are not stable enough to be considered responsible.   Like George Zimmerman, they are homicides looking for a place to happen.

The statistics speak for themselves.  The homicide rate and suicide rate in the United States, as compared to other first world countries, is a disgrace and should be enough evidence for any intelligent individual to support reasonable restrictions on firearm ownership.