A DETOUR INTO NIHILISM


It is hard not to be cynical as you grow older. We have been at war for nine years; there are riots in Egypt; Representative Gabrielle Gifford was shot in Arizona; the bombing of a Russian airport; and, the attempted bombing of a Mosque in Dearborn, Mich. All this happened just this month. That doesn’t include all the crazy shit that happens at the local level.

When I was young I was focused on getting through the work week, connecting with my next piece of ass, planning my next adventure and getting my next man toy. Things like death and destruction were buried in my brain in a location that I did not have to deal with.

Now that I am long in the tooth I’m retired, so don’t have to work, I am faced with the realization that no one wants to fuck a man my age, my next adventures are pretty tame, and on my income I can’t warrant buying any more man toys for the short time I have left.

I was looking at some cuts of George Carlin clips on UTube last night. Older Carlin was expressing the same nihilism that I feel. To further acerbate this feeling, a fundamentalist Christian hacker had overlaid some of George’s out-takes on religion with elevator music and covered the video with a sign saying that George Carlin is burning in Hell. Stupidity, intolerance and ignorance seem somehow to have taken over this world.

During my young adulthood in the 1960’s the world was crazy. There was the Vietnam War, the Cold War, mutually assured destruction, assassinations: the same crap, but on a smaller scale. The world population has doubled since the 1960’s and so have the stupid, intolerant and ignorant people and organizations. In other words the world is twice a crazy. As the population increases exponentially (doubling every forty years) so will the craziness and dangers.

Is this a downer? Fucking-A.
Posted by Ol'Buzzard at 10:07 AM No comments:

THE CHILD AS A PRODUCT OF EDUCATION

The education of a child is a complex process.   Our legislators would have you believe it is as simply as getting well educated teachers in a classroom and legislating a curriculum that results in a required outcome, as supplied by a commercial company, in the form of a standardized test.   This one size fits all process might work if all children were cloned to a conformed standard.   However, in our diverse society this is a formula that does not work. 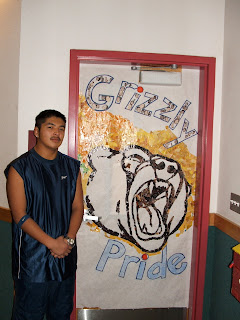 I was a principal and teacher in the Indian and Eskimo villages of rural Alaska for eleven years.   The era of No Child Left Behind (government mandated education process) was a disaster for the bush communities.   Like most Republican projects it accomplished the antithesis of its lofty name.   In my first year as principal in a southwestern Yu'pic Eskimo community, eight out of twelve of my senior students did not graduate because of the standardized testing requirement.   That year there were eight out of twelve students Left Behind.   I had excellent young teachers; but, the village children speak non standard English.   They live in a subsistence community of five hundred people.   Their world, their life and their experiences are as removed from the government's legislated standard for children as cows are from caribou.   These children are bright and capable, but they live in a different world then the children of New Port, Rhode Island or Seattle, Washington.  It was heart breaking, after twelve years of school attendance, to deny these children a high school diploma.  These children can not join the military, can not attend most trade schools, can not attend community college or universities - because their culture does not conform to STANDARDS.


For the next two blogs I will deal with our legislated system of education from my experiences - my point of view.

Before we get into the specifics of our failed education system we must understand that each child comes into the process as a unique and non-standard individual. 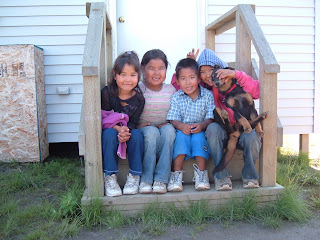 MAKEUP OF THE INDIVIDUAL CHILD

The child coming to school is a combination of Nature and Nurture. Their behavior in school and their ability to learn (the latter depending to a large extent on the former) is programmed well before the child reaches junior high.


Psychology Psychobabble 101 introduces the college student to Nurture vs. Nature. There have been men who have lost their sex drive pondering which factor has more effect on the developing child. People actually dealing with groups of children, on a daily basis, realize that there are many factors effecting the development of a child’s personality, and that each factor weighs differently on different individuals.


Each child is born with basic factors (Nature) that are unchangeable: Race, Genetics, Sex and IQ. Each race has unique attributes that identify their members. Regardless of race, genetic inheritance can determine size, health and mental and physical attributes. Boys and girls exist on different planes. A person’s IQ can affect their reasoning ability and retention of information.

Nurture of a child also exists with different degrees of influence. Nationality, Geographical Environment and Community are subsets of Nurture that imprint early upon the child. Of these three, Community probably has the largest influence. A child that is raised in the rural Bible belt - a child raised in the inner-city – and a child raised in Silicon Valley are indoctrinated by the culture of their communities. They will begin school with different values, different mores and different experiences.

But, on a more personal level, we have to begin with The Parents. Fucked up parents are probably going to fuck up their kids. Borderline retarded parents tend to procreate borderline retarded kids. Immature and emotionally disturbed parents start their children off with a considerable handicap. Single parents deny their children a roll model of the other sex. The parent(s) also sets the home environment – this varies in the amount of supervision and enrichment that are available to the child. Home Environment is the biggest factor on the success of a child entering preschool.

Other factors influencing the transition of the child to an educated adult will include family wealth, quality of education, access to information, availability of opportunities and childhood experiences.

But, according to politicians, student educational attainment all depends on teacher training, standardizing curriculum and test results. Doctors, lawyers and teachers are all require exams to prove their competency; but any fool on the street can be elected to the Congress and the Senate if they have charisma and political and financial backing. These people, with no competency requirement, are deciding the outcome of our nation, and more specifically our education system.

On my next blog I will discuss the education process in more depth.
Ol'Buzzard
Posted by Ol'Buzzard at 12:29 AM No comments:

Keep your head down, avoid the news, eat healthy, don’t drink the water and celebrate the seasons.


For those that say this would be to confusing, remember we have to deal with leap years and still, at some point in the distant future, will have to pick up a day.


Christmas, Easter and such – move them around – they have been moved before.


Just remember to stop and smell the flowers, the winter air, the ocean breeze – the pollution, the unwashed bodies, your dog’s butt, or what ever. Because, if you can smell that means you are alive; and that’s better than the alternative.

It is good to be alive in the year 12011. If you can pull away from the craziness and focus on the basics, this might be a year to enjoy.


Anyway, from the Ol'Buzzard
Here is wishing you the best.

Posted by Ol'Buzzard at 5:43 PM No comments: 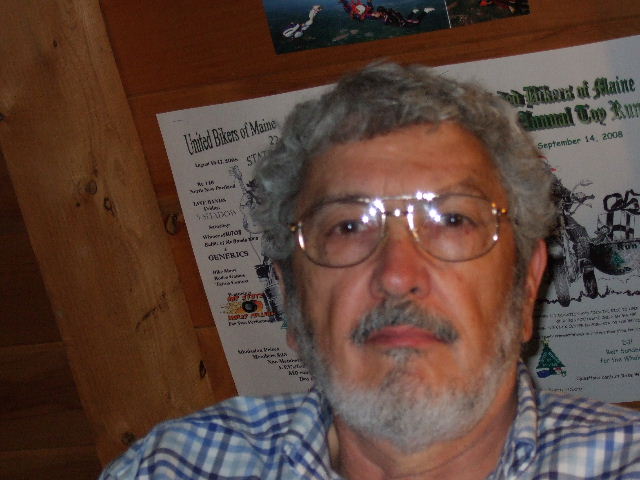 SEVENTY-ONE
I never thought I'd make it this far.
A piece of ass, a glass of whiskey, and occasional cigar and a motorcycle ride
Life is good
What more could I ask for?
Posted by Ol'Buzzard at 5:42 PM 1 comment:

Labels: who am I
Newer Posts Older Posts Home
Subscribe to: Posts (Atom)