THE PERIL OF APATHY


To be truly free would be: to be free of all government constrains – to live a life of independence and make choices without conformity to other people's ideas and desires.   This sounds wonderful, but would require a regression to a hunting and gathering society.

Interaction with society is a necessary evil, and societies need governments to organize and run infrastructures, protect resources, oversee commerce and establish a judicial system that looks out for the rights of individuals.

Corporations are not people – they are not individuals:  they are gangs or cults that are in the business of exploiting the needs of people in order to make a profit.  Their natural inclination is to make a profit at any cost.  Like any gang, mob or organized group of people, corporations have a persona and the person characteristics of an individual; and, just like individuals, it survives through the Darwinian principal of adjust to change or die.   No corporation operates for the benefit of man kind unless it is convenient for its business model. 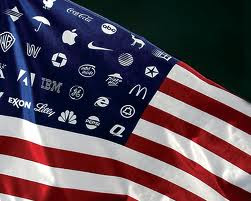 The ideal purpose of government is to furnish and maintain the things that an individual is not capable of alone: roads, bridges, mass transit, health care, police, fire and rescue services and protection of the environmental; but also for protection of the individual from the exploitation of corporations and other cults and organized groups.

No government has ever operated primarily for the good of the individual.  Our government is no exception.   But now, more than ever, the is in real danger of being co-opted and moved in the direction of authoritarian rule. It is not operating for the welfare of the individual, but instead has become the tool of corporate greed and religious cults - whose goal it is to exploit and subjugate the individual.

The trend of the government at this time, especially as driven by the Republican right, is to go far beyond servicing the individual.   The government is now being manipulated by the class of wealthy people, who profit from the corporations, in order to accumulate more wealth.

Even more dangerous is the cult of religious extremist who, through the Republican Party, are attempting to co-opt influence in the government, with the aim of creation a Christian theocracy.  Under the banner of ‘less government and family values’ these organized mobs, like a moral Gestapo, would insert themselves into our most private and personal lives; decreeing what we should believe, what we should learn, what we should read, and controlling our sexual and reproductive choices.   They would legislate laws giving preference to ‘White Americans’; they would establish English as the national language and Christianity as the national religion.  These extreme Christian groups are no longer a minority voice, but are represented by the Republican majority.  They would revel in an opportunity to establish Christian Shariah law and bring back the inquisition to persecute those who dare to believe or think differently. 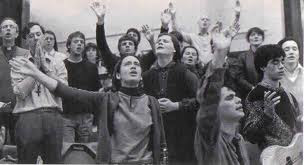 The parallels to Orwell’s 1984 are startling.   We have lost the guarantee of trial by jury under the hypocritical name of The Freedom Act.   The government now has the authority to access our e-mails and track our internet activity, they can read our letters and even monitor the books we check out at the library without proving just cause and seeking judicial approval.  We can be arrested and held indefinitely without trial and even detained by the military and tried by a military tribunal. 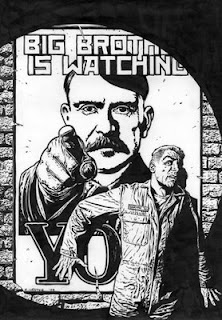 The loss of these Constitutional rights is trivial when compared to the proposed by the Tea Party – fundamentalist Christian co-opted Republican Party.   We could find ourselves moved back – not to the 1950’s – but to a new Dark Ages where the Bible would replace our Bill of Rights. 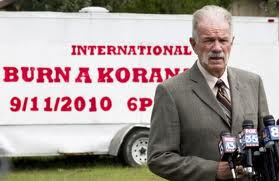 During the Stalin era the Communist Manifesto claimed that war with the was not necessary because the U.S would fall “like an over ripe plumb” because of the inequality among its people.

Communist Russia in no longer a threat and the economic inequality has surely increased; but the real threat is ignorance and religious fanaticism.