Thanks to Leanna and her Religion In A Nutshell posts, I lay awake from five to six this morning contemplating religions and their God Heads, in respect of the fundamentals of Physics.

There is a striking similarity between an atom and a solar system.  Enough so to form the basis of a new religion.

The atom’s nucleus (the sun/star) contains all the energy.   Electrons (planets) rotate around the nucleus forming atoms.   Atoms (solar systems) coalesce together to form a galaxy (molecule).    Galaxies (molecules) group together to form a universe.

Until there is finally one single organism, not on a planet, floating in the void of some space, that is the final product (God, if you will) of multiple dimensions combined. 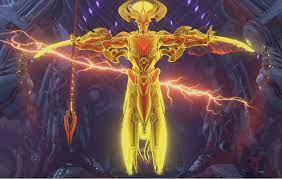 Of course, the laws of physics still apply to that chain ending in a God.

So that God would have mass and exert gravity; and each time that God defecated the shit would fall into orbit rotating around the deity, until He/She/It was surrounded by an ever-growing shit ball floating through space, in search of another shit surrounded deity of the opposite gender in order to have sexual intercourse; because in the end, the Hokey Pokey (getting laid) is what it is all about.

Labels: a new religion, a Space God, Atoms and Universes, building blocks in space, God of parallel universes, making up a God, Turtles all the way down.