WE LEAVE NO ONE BEHIND

I am not a person who defines his life by his military service.   After twenty-two years in the military I moved on – a new life – a new career.   However, it burns my ass to hear non-combatants talking about the value in a prisoner exchange.    Chris Matthews on MSNBC setting himself up as authorities on one soldier’s value against the value of POW’s we hold, released in exchange, has me infuriated.

Ask any combat veteran: YOU LEAVE NO ONE BEHIND!

Among other missions we taught high priority military persons (SEALS, Special Forces, Combat Aviators) how to survive and behave as a prisoner of war.    One thing we always stressed is: You will never be left behind – you will never be forgotten or abandoned by your country.

As an authority I can tell you that every person has his or her breaking point.   During both the Korean and wars POW s were forced by their captors to make public statements against the war effort and against their country.  These men were not traders – they were POW s under duress: day after day; week after week; month after month; year after year they were subjected to 24 hours a day of interrogations, propaganda and mistreatment.   Those few that went over the line and collaborated against their fellow POW s were brought home to stand before military justice; but they were brought home.

YOU LEAVE NO ONE BEHIND. 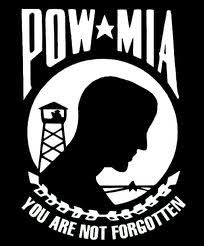 We do not know the mental state of this young soldier when he left is unit.   We do know he was an active duty military man serving in a war zone - and as such a brother in arms – captured by the enemy. 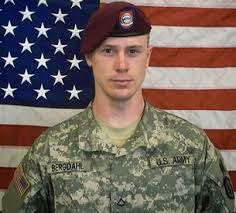 One premise that has always kept our American military captives held in enemy hands loyal and resisting is the fact that they will not be forgotten – they will not be left behind by our country – they will be brought home.   Now, civilians seem to want to inject a quid quo pro value on prisoners of war to determine their worth in some sort of capitalism of exchange.

There is not one combat active duty or combat veteran (including myself) that would not willingly, today, go into harms way to free a POW – no questions asked. 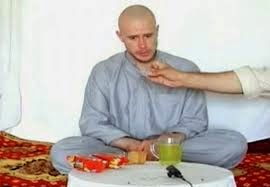 As our war in winds down we need to face the realization that international law requires the release of all prisoners.   We have already violated this precept by continuing to detain POW s from the war: and yes, the prisoners in Gitmo are POW s – suspected enemy combatants taken prisoner during war time, and detained in a military prison camp.   The does not have the right to detain POW s beyond the end of a declared war because of actions they may or may not perform in the future.

And regardless what some civilian, self proclaimed arm chair authority on the value of a military man may expound: we band of brothers, we combat veterans say:


FUCK YOU – WE LEAVE NO ONE BEHIND!

Labels: Afghanistan War, Bargdahl, Combat, Leave On One Behind, Military, POW, Veterans, You Are Not Forgotten