Just suppose that a rusty ass old biker like me decided to grow some pot in his basement - feeling that it is a victimless crime and an asinine law I would be breaking.    Then suppose that the local John Law and DEA, with nothing better to do, decided that they would suit up and bust my ass.

Here is where the story takes a Bundy parallel:   Suppose when they arrived they found fifty Hell’s Angels (now we know this is just fiction – the Angels always get a bad rap – sorry bros) armed to the teeth and looking for a fight – defending my property. 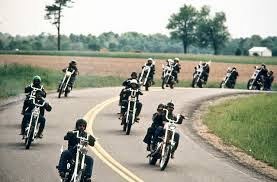 How long do you think it would be before the local law, the local sheriff’s department, the Maine State Police, the Federal Marshalls, the FBI and the DEA, with all sorts of backup, would show up in battle gear and kick ass?  12 hours?   24 hours?  36 hours?

I am just asking.

If it was scary bikers the Maine Governor (now there is an asshole) would call out the real militia: the National Guard. 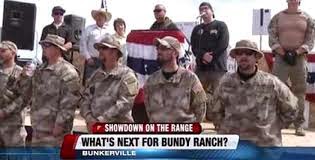 And why do members of Congress come out in their defense?

I am just asking.
the Ol’Buzzard